I want to share a story with you about a very smart medical professional that consulted with me on a Section 85 Election matter. Unfortunately, the call came at least one year too late. It was the type of consultation that I least like to perform. No one likes to hear bad news or receive a call for help.

Section 85 Elections are serious matters. They are contained in a very detailed section of the Canadian Income Tax Act that is not well understood in practice. On the positive side, Section 85 Elections, while complex and potentially costly to pursue, can offer significant value for the right investor in the form of a current tax savings. On the downside, if you miss this opportunity either through error or oversight, the impacts can be even more costly.

My advice: make sure your tax accountant has current practical knowledge of the taxation of complex investments and Section 85 Elections.

I hope this story gives you a more practical appreciation for the value and risks that Section 85 Elections offer to investors.

The Opportunity to Save

Dr. Louis held a very large quantity of Canadian company shares that were acquired in a take-over transaction and replaced by shares of a larger company in April 2011. With this transaction, Dr. Louis saw his original shares of the acquired company removed from his account and replaced by a quantity of new shares of the purchasing company and some cash. The purchasing company completed the transaction in such a way that a Section 85 Election was made available to all Canadian shareholders. If you are not already familiar with these elections, the article on the website for more details.

Knew It Was Worth Pursuing

Dr. Louis was fortunate to have a seasoned and well informed Trusted Investment Professional. Let’s call him Simon. Simon quickly let Dr. Louis know that he had a great tax savings opportunity if he took advantage of the Section 85 Election. This would effectively make the event non-taxable as long as Dr. Louis planned to keep holding the new shares that he received. Dr. Louis was pleased with the new company and decided it was a worthwhile investment. Both Dr. Louis and Simon agreed that it was suitable and continued to meet his investment objectives. Simon advises Dr. Louis to contact his tax accountant right away to start the complicated election process as there was a very limited time to execute it. It sounds perfect so far.

Feeling very pleased and excited about an opportunity to avoid taxes during the next tax reporting period, Dr. Louis immediately informed his tax accountant, Phil, of his need for a Section 85 Election. Dr. Louis tells Phil, that for next year’s tax return, he’s going to have to do some additional work today to help him save taxes on this transaction. Dr. Louis advises his accountant that it’s something that needs to be done right away because the exchange of shares was just processed in his investment account. Phil indicates to Dr. Louis that he need not worry about these tax issues today. Phil promises that he will deal with it all in good time. They will revisit this in March next year when it is time to prepare Dr. Louis’ tax return for the prior calendar year.

Dr. Louis, feeling very reassured and no longer under any urgency, advises Simon that the election is taken care of. With his client’s confirmation, Simon proceeds to adjust Dr. Louis’ average cost on the new shares received on his investment statements to account for the Section 85 Election.

In February 2012 (the following year), Dr. Louis receives a summary of all of the securities that have been disposed of from his accounts to use for his for tax reporting. It includes an associated “capital gain” amount of $217,000. He immediately calls Simon who reassures Dr. Louis that since he and his accountant had successfully processed the Section 85 Election last year, this capital gain would not be subject to tax. Dr. Louis’ accountant would use the values included on the approved Section 85 Election, to make the necessary adjustments on the tax return. In so doing, Dr. Louis will avoid this amount being subject to any tax. 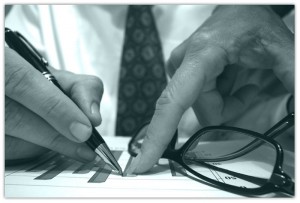 As usual, Dr. Louis collects and forwards all of his tax documentation to send to Phil. Phil prepares the return as usual and suggests meeting with Dr. Louis in his office right away to review and sign the return before mailing it. Dr. Louis considers the ‘personal visit’ to be an extension of his long-standing relationship with Phil.

When Phil arrives at the good doctor’s office, he opens his discussion with the statement, “I have some good news and some bad news. “ Interested, Dr. Louis leans forward, places his folded hands on the desk between them and responds, “Okay. I am interested. Tell me more.”

“The good news is, you invested wisely and very profitably. The bad news is, you have to pay a lot of tax. In fact, you have a tax bill well in excess of $100,000 this year.”, Phil responds.

Puzzled and very concerned, Dr. Louis inquires sharply. “Wait a minute. Even in my best years, investments included, I’ve not paid more than $50,000 in tax over and above my quarterly installments. I knew I was busier this year, but not that much busier. What is so different this year?” 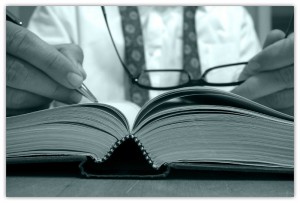 Sensing that Dr. Louis is worried, Phil is grateful that he had the foresight to prepare for this difficult conversation. “Yes. I knew this would be concerning for you. Your significant capital gain realized on the disposal of your very large holding in April last year, has a capital gain impact of $217,000. Taxes on this amount, even with any losses applied from the current or prior years, is still over $50,000 more in taxes that you must pay. I wish I had better news. This cannot be avoided.”

Now, Dr. Louis has a moment of relief. His shoulders loosen and he smiles responding to Phil. “Phil, this is simple. You know what you forgot about? You forgot to reverse it on the return as we discussed last year. There’s a Section 85 Election for this. I get a tax-free ride on this deal. Remember, Simon gave us all the information last year. You just need to fix that on my return and everything is taken care of.”

Phil, feeling confused, agrees to take the return away and look further into the Section 85 matter. Dr. Louis thanks him for the visit and looks forward to seeing him next week.

Phil, rather concerned, spends most of the night familiarizing himself with the section of Income Tax Act that relates to these elections and the company documents related to the transaction. Still rather confused, he retrieves the information he was given last year but has not pieced it together. The next day, Phil contacts Simon directly to inquire about the transaction and what he advised their mutual client, Dr. Louis. Simon, still unaware that Phil has in fact, not sought the Section 85 Election last year when he needed to, proceeds to explain the election process to Phil. Phil thanks Simon for his time. Simon, is suspicious but hopeful that all is in order for his client.

Now Phil is quite concerned about getting the Section 85 Election done in time for Dr. Louis’s tax return to be completed. He calls the acquiring company right away to ask about how to process the election calculations and how to expedite the approval. The Investor Relations representative at the acquiring company advises Phil that the corporate books for that reporting year are closed. They will not accept any further applications for a Section 85 Election for the referenced transaction.

The Point of “No Return” – No Pun Intended

Phil is now in an untenable situation. He must advise his client, Dr. Louis, that he cannot provide him with the tax relief that both he and Simon were planning for. The opportunity was time-limited and has now been lost. There is no recourse available through the acquiring company or the Canada Revenue Agency.

Through no fault of his own or his Trusted Investment Professional, Dr. Louis missed being able to benefit from a very significant tax savings opportunity related to a past Section 85 Election. The conversations that followed, between Dr. Louis and Phil, were not pleasant. Dr. Louis had to secure a significant credit line to pay his immediate tax bill. It was the most practical short-term solution to use as the interest on the credit line would still be less than the interest rate that the CRA would charge for taxes owing. Following making the necessary tax bill payment arrangements, Dr. Louis could begin to focus on seeking restitution.

What No Taxpayer Wants to Experience

My consultation, unfortunately, was one of my least favourite kinds. It focused on the available opportunities to recover or seek restitution. It also became an effort to quantify the value of the missed tax savings opportunity and the damage that had been experienced by Dr. Louis in terms of his personal finances.

This story may help investors appreciate the value, complexity and time-sensitive nature of these elections. I hope that in sharing this story, anyone who reads this story may avoid the same ill fate. Ensure to monitor the progress of your Section 85 Election and confirm as each step in the election process is completed.